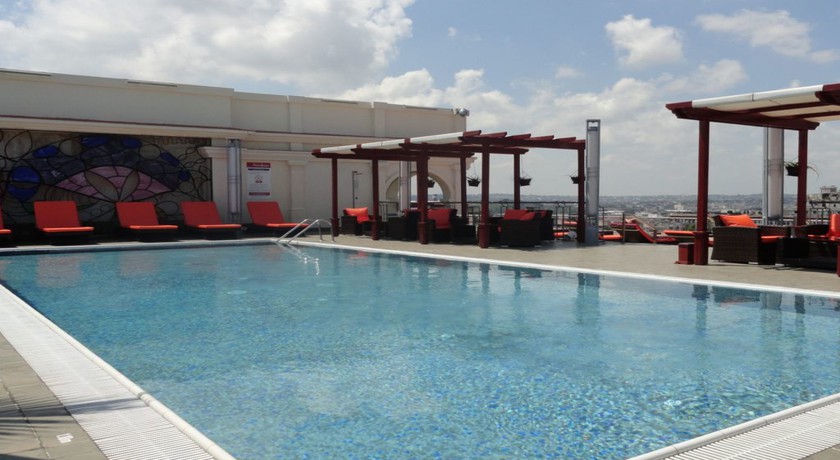 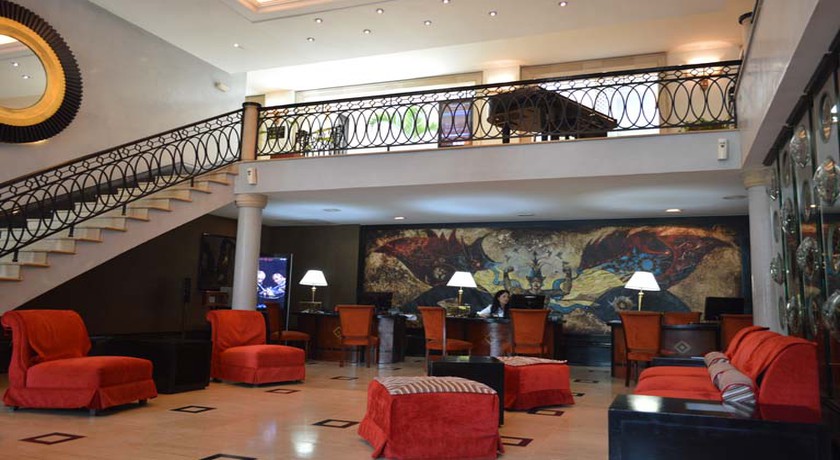 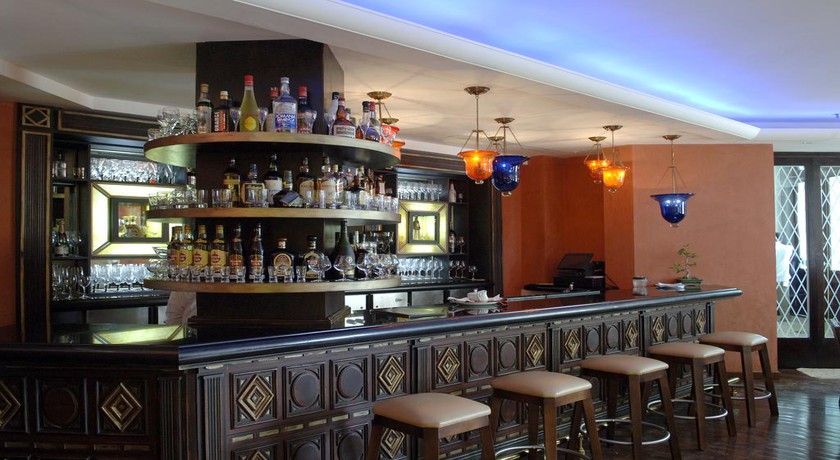 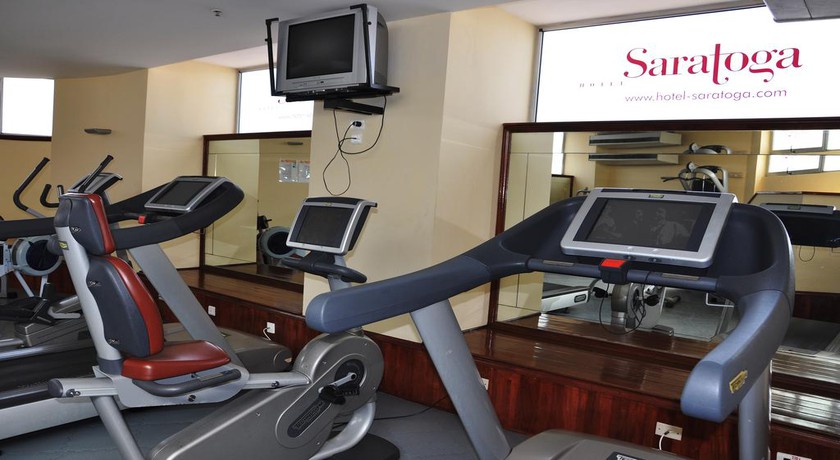 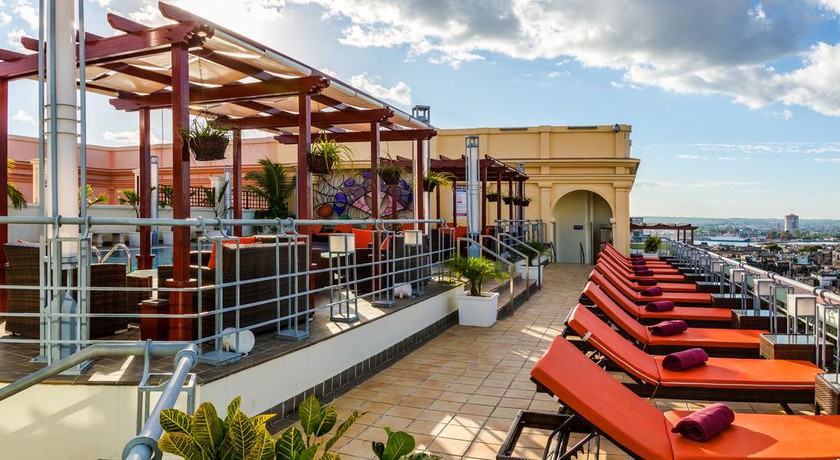 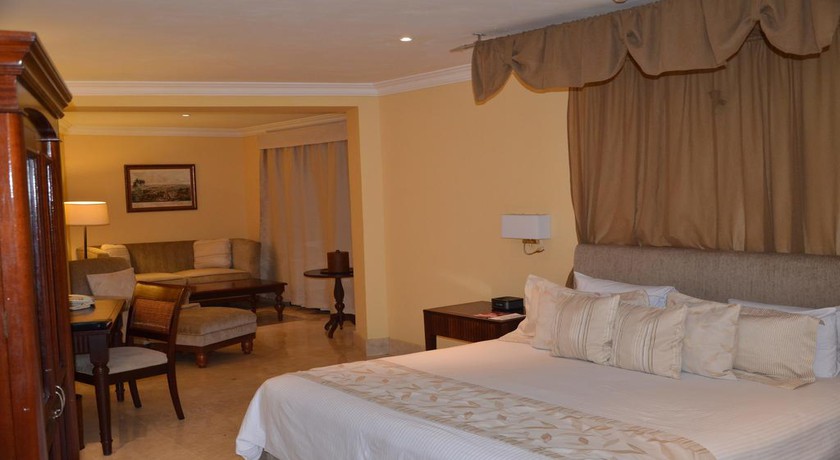 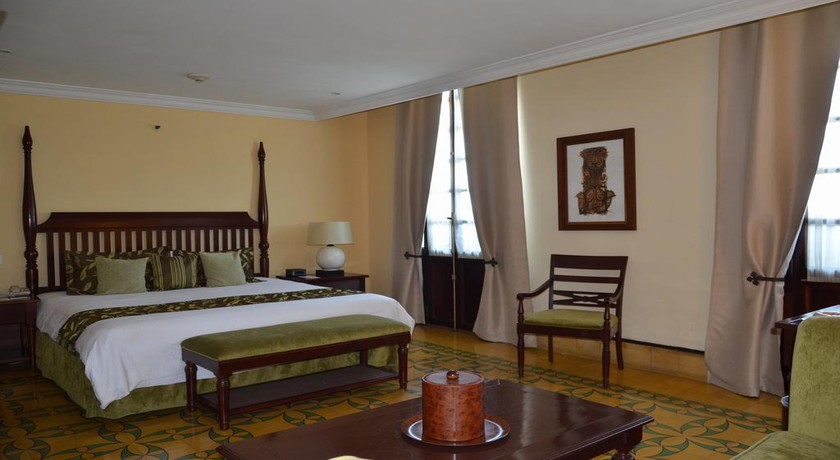 Saratoga Havana sits in the heart of Old Havana, wrapping guests up in the city’s spirited energy from the moment they check in. Famed as a favourite haunt of international artists since the 1930s, Saratoga Havana was refurbished and reopened in 2005, and today brings its grand decor and luxury facilities to a new, modern audience. Whether it’s rooftop views, pampering treatments or gourmet food you’re after, Saratoga Havana doesn’t disappoint; the city-centre hotel is home to a rooftop pool, spa and two restaurants, proving an optimal choice for the discerning traveller. Accommodation is similarly luxe, providing guests with air conditioning, plasma TV, DVD player, an espresso maker and premium bedding.

Metres away from the city’s iconic National Capitol Building, Saratoga Havana is in the perfect spot for those wanting to immerse themselves in the Havana lifestyle. A stay here means you’re right on top of the Old Havana sights: the Malecon, Museum of the Revolution and Castillo de la Real Fuerza can all be reached within a 20-minute walk. Plus, there’s the added bonus of being wrapped up in all the Havana action, with vintage cars whizzing past, live salsa bands playing in restaurants, and pastel-coloured buildings standing to attention along each street. Many of the outer-city attractions, including Tropicana Club and Fusterlandia can also be reached within a 25-minute drive.

There are 96 guest rooms available at Saratoga Havana, each offering plasma TVs with satellite channels and DVD players, as well as en suite facilities as espresso makers. Complimentary Wi-Fi and 24-hour room service is also offered. Each room features either courtyard or city views, and is neutrally decorated with light tones, mahogany furniture and Cuban ceramic floor tiles. Deluxe Patio Rooms have a balcony/patio area, while Junior Suites offer prized views of the National Capitol building and Fraternity Park. Meanwhile, the three types of suites feature more space for larger groups; Prado suites have a multi-level design with bedrooms overlooking the lounge area, while the Capitolio and Habana Suites are larger corner suites with spacious rooms and luxury bathrooms.

Two restaurants are available on-site, including Anacaona, which is named after the all-female orchestra that used to play at the hotel during the 1930s. Today the restaurant is decorated in a traditional Andalusian style with romantic sweeping curtains and lanterns. The buffet breakfast, as well as lunch and dinner can be taken here, with the menu specialising in authentic Italian cuisine. Meanwhile, the Mirador Saratoga sits on the hotel’s top floor, allowing guests to tuck into a menu that features both international and local Cuban dishes while enjoying a 270º view over Havana. Three bars are also available, including one adjoining Anacaona, one next to the pool, and another grand bar in the spectacular hotel mezzanine.

Spa treatments are available on-site from 8am until 8pm every day. Unwind in the jacuzzi, relax with a body massage, or pamper yourself with a refreshing facial. The hotel’s swimming pool is situated on the 8th floor, allowing guests to appreciate the Old Havana views while taking in a few lengths to cool down from the city’s warm temperatures. When evening draws in, guests are well-situated for exploring Havana’s colourful nightlife. There are plenty of bars and restaurants dotted around the hotel, and guests are just a 20-minute walk from the bay where, at 9pm every night, they can experience the Cannon ceremony. Held across the bay at Castillo de San Carlos de la Cabana, the ceremony recreates the colonial past time of firing the cannons to indicate the closing of the city walls for the night.