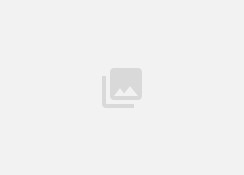 The neighborhood of Sa Calatrava, located in the historic center of Palma, is one of the oldest in the city. Its construction dates back to the 13th and 14th century and is mostly edified over the walls that lead to the ocean. It is located at a short distance from the most historic structures of Palma: the Cathedral and the Royal Palace of La Almudaina, receiving its name from the Order of Calatrava after the Christian conquest of the island. Its physical appearance, unique in its narrow streets from the primitive Arabian city as well as having been integrated in the ancient Jewish Quarters, grant to the area an incomparable exclusivity and allure. Seigniorial houses come together with unique monuments such as the baroque Church of Montesion which occupies the site that was once one of PalmaÂ´s two synagogues, the Santa Clara convent where the nuns of the Order have been living and praying for 750 years, the church of Santa Fe which conserves the relic that according to tradition cured the city of the plague, or the Arab Baths, one of the rare remains of Muslim architecture and a vestige from the domination by Califato de CÃ³rdoba over the island during the 10th and 11th century.The hotel has 16 rooms, of which 10 of them have magnificent views to the bay of Palma and Parc de la Mar. The categories are distributed as: 6 Suites Calatrava with an approximate area of 60 square meters, all with sea views and a small private terrace, 4 Junior Suites overlooking Parc de la Mar, one of them adapted for disabled people and with an area from 40 to 60 m2, 6 deluxe rooms with an area between 25 and 40 m2.The rooms are spacious, bright, quiet, comfortable and with a cozy atmosphere, have been decorated in a contemporary design with some antique furniture. All rooms have king size bed and spacious closets. The bathrooms are spacious, bright and modern.